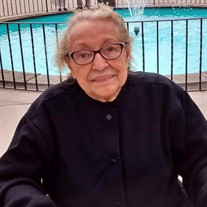 Abbey F. Diolosa (D’Alencon), 92, of Lancaster, PA and living in Davenport, FL died on Monday, April 19, 2021. She was the wife of the late John Diolosa who passed away in 2017. She was the daughter of the late Mr. and Mrs. Henri D’Alencon and separated from her sister, Renee E. and brother Awaldo (Tony) D’Alencon. She was employed by the Lerner New York Shops for forty years and was a Union Board Member of Local 1102, New York for more than twenty years. She was active in the Farmingdale Assembly on Long Island and was involved in weekly Bible Study. She and her husband counseled adult couples at the request of their pastor. Abbey and her husband also did hospital visits to the sick and dying. She had been a member of the New Life Assembly of God in Lancaster for many years before moving to Davenport, FL. She is survived by her daughter, Nina Whiting, three stepsons: John Jr., Jamie, Daren, two daughters-in-law: Nancy and Janet Diolosa, nineteen grandchildren, seven great-grandchildren, and two sisters-in-law, Mary Rose and Maria Aramani Diolosa. Abbey was preceded in death by her son, Charles and her stepsons, Fredrick, Nicholas and Thomas in addition to her daughter-in-law, Eve and her brothers-in-law: Peter and Joseph Diolosa. Family and friends are invited to a Funeral Service for Abbey which will be held on Saturday, April 24, 2021 at 1:30 p.m. at The Groffs Family Funeral Home, 528 W. Orange St. (corner of W. Orange & Pine Sts.), with Rev. Dale Parmer officiating. The family will receive guests from 12:30 p.m. until time of service. Interment will follow at the Brickerville Emanuel Lutheran Church Cemetery.

The family of Abbey F. Diolosa created this Life Tributes page to make it easy to share your memories.

Send flowers to the Diolosa family.