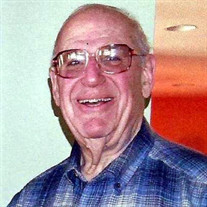 Barry Norman Shiffrin, 73, of Lancaster, PA, passed away with dignity and comfort on Monday, October 26, 2020 in the loving hands of Specialty Care Hospital in Harrisburg, PA with his wife of 50 years, Ronda, by his side. Barry was born in Glens Falls, NY, the son of the late Morris and Ann Shiffrin. He graduated from Glens Falls High School in 1965 and earned a B.S. in Electrical Engineering from Worcester Polytechnical Institute (WPI) in Worcester, MA in 1969, where he met Ronda on a blind date. As a college student at Tech, Barry sang in the Glee Club and played the clarinet in the orchestra. Barry was also a HAM radio operator with the call letters WB2FPG—France Portugal Germany. After college, Barry worked as a programmer/systems administrator for IBM at Glendale Lab in Endicott, NY for 25 years, as well as spending some time with Lockheed Martin and IBM Sommers, NY after he retired from Glendale. During those IBM days, Barry earned many patents and awards. Barry loved photography and even worked with his father to create a darkroom which doubled as a wine-making area in the basement of the house on Acorn Drive in Vestal, NY. During retirement, he made a science out of baking and grilling with his Big Green Egg. And beginning with the small package of sourdough starter Ronda gave him when they were in Whitehorse, Alaska while on one of their many cross-country adventures, Barry began to research and experiment with many sourdough recipes creating some delicious results. He made a science out of everything. He even made some sourdough bagels. To list Barry’s many passions and talents would take a book. He was an avid reader, loved to travel, especially to our National Parks. He would carefully plan out elaborate cross-country trips that could cover 50 days or more. Everything was planned ahead, sometimes even where the eating stops would be. He had his favorite restaurants noted on the computer for every trip. His passion for photography and Ronda’s love for the natural world, melted into a shared interest. Together they traveled to little-known birding areas as they made their cross-country trips, taking endless pictures with the sophisticated cameras Barry’s research had selected. Barry leaves behind his wife, Ronda (Freeman) and their children, Andrea (Shiffrin) and Erica Shiffrin Drake, son-in-law, Stephen Drake and granddaughter, Tara Esther Drake all of Binghamton, NY area. And Barry’s older brother, Irving Shiffrin of East Haven, CT. And nephew, Glenn Shiffrin, wife Kim and their sons, Jacob and Justin of Guilford, CT. A Graveside Service will be held on Thursday, October 29, 2020 at 10:00 a.m. at Shaarai Shomayim Cemetery, 223 East Liberty Street, Lancaster, PA 17602. Beginning at 2 p.m. on October 29, 2020 a recording of the Graveside Service will be available for loved ones to view. https://client.tribucast.com/tcid/34326667 On Sunday, November 8, 2020 at 11:15 a.m. a Zoom Celebration of Life Tribute will be aired. Please click on the link to view the Celebration of Life slideshow. https://vimeo.com/475374818 Contributions in Barry’s Memory can be made to “Technology Upgrades” to Shaarai Shomayim, 75 East James Street, Lancaster, PA 17602.

Barry Norman Shiffrin, 73, of Lancaster, PA, passed away with dignity and comfort on Monday, October 26, 2020 in the loving hands of Specialty Care Hospital in Harrisburg, PA with his wife of 50 years, Ronda, by his side. Barry was born in Glens... View Obituary & Service Information

The family of Barry Norman Shiffrin created this Life Tributes page to make it easy to share your memories.

Barry Norman Shiffrin, 73, of Lancaster, PA, passed away with...

Send flowers to the Shiffrin family.