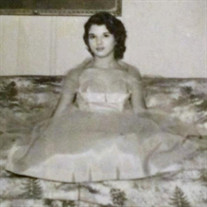 Carol Florence Hasselback Polizzi, 81, of Paradise, PA, died at Hamilton Arms on Sunday, October 18, 2020. She was the daughter of the late Harold and Marion Gunther Hasselback and was married to the late Antonino Polizzi. Born in Bronx, NY, she graduated from Erasmus Hall High School in 1957 as well as the Catherine Gibbs Secretarial School and worked as an Administrative Assistant in the Financial District at Wall Street in Manhattan, NYC, retiring at age 55. During the time she lived in New York, she was active at Our Lady of Miraculous Medal in Middle Village, NY. She later was a member of St. Catherine’s of Siena Catholic Church in Quarryville, PA. Carol worked at the Red Caboose and had many interests including going to the movies, shopping and dining out with her friends, and attending Broadway plays. A night on the town to dance and ballet dancing were favorite pastimes. Carol was known as a fabulous Italian food cook. Her grandchildren were the loves of her life as well as her many dogs, including Mary. Carol is survived by her two sons; Anthony G. Polizzi (Nicole), Lancaster, and John A. Polizzi, Glenmoore, PA, her daughter, Carolyn Rita Leroy, New York, her sister, Barbara Lee, New York, and seven grandchildren. A Funeral Service will be held on Saturday, October 24, 2020 at 12:00 p.m. at St. Catherine of Siena Roman Catholic Church, 955 Robert Fulton Highway, Quarryville, PA with Father Mark Speitel officiating. The family will greet visitors from 11:00 a.m. until the time of service. Interment will be held at St. Catherine’s Cemetery following the service. In lieu of flowers, memorial contributions may be sent in Carol’s memory to the American Diabetes Association, PO Box 7023, Merrifield, VA, 22126-7023, or the American Heart Association, PO Box 417005, Boston, MA 02241-7005.

Carol Florence Hasselback Polizzi, 81, of Paradise, PA, died at Hamilton Arms on Sunday, October 18, 2020. She was the daughter of the late Harold and Marion Gunther Hasselback and was married to the late Antonino Polizzi. Born in Bronx, NY,... View Obituary & Service Information

The family of Carol F. Polizzi created this Life Tributes page to make it easy to share your memories.

Send flowers to the Polizzi family.