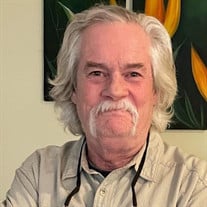 Charles B. Grove III, 67, passed away peacefully on October 1, 2021 with his family at his bedside after an unexpected sudden illness. Born in Lancaster, he was the son of the late Charles B. Grove Jr. and Ellen Franklin Grove. Charlie graduated from Hempfield High School in 1973 where he was a member of the varsity tennis team. A lifelong resident of Lancaster, Charlie was a well-known and much beloved member of the community and avid hunter and fisherman. His fly-fishing passion earned him many close friends on Pennsylvania’s Class A trout waters and coastal saltwater locations from Nantucket to Venezuela. Charlie’s turkey and deer hunting prowess was augmented by many life-long friendships and a cabin in McKean County. For most of his career, he worked in the construction business. He was one of the original employees of Benchmark Construction of Brownstown where he worked as a foreman for 18 years and then later as project manager for Gallagher & Sons Construction in Lancaster. In his free time, he was most often found at his home workshop where he handmade flies and bamboo fly rods or motoring freely in his beloved Austin Healey 100M. Additionally, Charlie also loved spending time with his children, their animals and learning to speak Spanish. Charlie is survived by his loving wife of 21 years, Martha; son, Andrey of Harrisburg, PA; daughter, Katherine of Queens, NY; his brother, William Grove of St. Simons Island, GA; sister, Rebecca Fester of Honey Brook, PA; and sister, Susan Hall of Lancaster. He is also survived by his uncle, Ned Grove of Lancaster, cousins Helen Grove of Fairfax, VA, and Julie Slack of Lancaster. Family and friends are invited to A Celebration of Life to be held on Saturday, October 9 at 5pm at the Groff Family Funeral Home, 528 W. Orange Street, Lancaster, PA. The family will have a visitation from 4pm until the time of service. In honor of Charlie, the family has set up a GoFundMe at https://gofund.me/5e651e4f, with all proceeds going towards the building of fishing benches at locations near and dear to Charlie.

Charles B. Grove III, 67, passed away peacefully on October 1, 2021 with his family at his bedside after an unexpected sudden illness. Born in Lancaster, he was the son of the late Charles B. Grove Jr. and Ellen Franklin Grove. Charlie graduated... View Obituary & Service Information

The family of Charles B. Grove, III created this Life Tributes page to make it easy to share your memories.

Send flowers to the Grove, family.