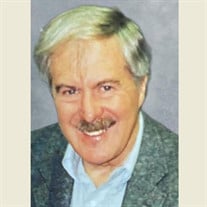 David William Hine, 89, peacefully passed away, May 3rd, 2021, in Enumclaw, WA. He was born September 29, 1931 in Marple, Cheshire England, the third son of six children. Survived by his youngest sister, Susan McLennan (Gordon), England, daughters, Elizabeth Hernquist (Tom) Enumclaw, WA, Gillian Hurst, Sydney, Australia, only grandchild, Katherine Murray, Los Angeles CA, and many nieces and nephews. David was a lover of the great outdoors. An avid enthusiast of cycling, hiking and soccer (Manchester City). As a young man he cycled around Europe and participated in races along the way. He enlisted in the Royal Air Force in 1950 and was stationed in Montreal and Magog Quebec. After a return to England for a few years he immigrated with his wife, Anne Barlow and daughters to Montpelier Vermont in the early 1960’s. He became a US citizen in 1968. An active member of the Green Mountain Hiking Club he enjoyed hiking, snow shoeing and cross-country skiing most weekends. David had a successful career as an interior designer while in Vermont. He moved to Easton, PA to work for his brother-in-law and nephew in 1981 in the coin and jewelry business. In the mid 1980’s, he established himself in the antique business in Kutztown at Renningers Antique Market and then eventually the Adamstown antique markets. His daughter, Elizabeth, settled in Lancaster, PA where David moved when his only grandchild and favorite person, Katherine was born in 1993. In 1995, he opened Britain’s Best, a specialty food store in downtown Lancaster, running it successfully until his retirement in 2014. After moving to Rome, GA in 2015, his ill health necessitated another move to be near his daughter Elizabeth who had settled in Washington State. A Memorial Service will be held at The Groffs Family Funeral & Cremation Services, 528 W. Orange Street, (corner of W. Orange & Pine Sts.) Lancaster on Thursday, June 3, 2021 at 11:00 a.m. Family will greet guests at 10:00 a.m. until the time of service. **The Memorial Service will be livestreamed, please view using the following Tribucast link https://client.tribucast.com/tcid/9305524915 ** In lieu of flowers, contributions can be made to the Alzheimer’s Association at www.alz.org.

The family of David William Hine created this Life Tributes page to make it easy to share your memories.

Send flowers to the Hine family.