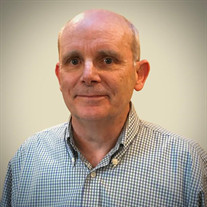 David William Jackson MD, 63, of Lancaster, PA, died at home on Sunday, August 29, 2021, following a five-month battle with cancer. David was born in Paramaribo, Suriname on September 7, 1957, to Rev. Walter S. Jackson and Marjorie Harrison Jackson. His parents’ work in missions and Christian education took the family from Suriname to the Dominican Republic, and then to Asheville, NC, where David attended Ben Lippen boarding high school. He went on to graduate from Wheaton College and from UNC School of Medicine at Chapel Hill. David proudly served as a US Navy Medical Officer for five years, including in the Persian Gulf. After further medical training, he and his family moved to Lancaster, where he worked for Lancaster Internal Medicine for six years and the Lancaster VA Clinic for twenty-one years. The opportunity to serve fellow veterans through medicine was the most rewarding chapter of his career. David was preceded in death by his parents. He is survived by his wife of thirty-two years, Jeanne McCarrell Jackson, and their six children: Hannah, Grace, Margaret, William, Charlotte, and Peter. He is also survived by his sister, Beth Weaver (husband Jay), brothers, Steve Jackson (wife Lynn) and Philip Jackson (wife Lynn), and numerous nieces and nephews. David is remembered by his family for his level-headedness, his pithy birthday cards, and his love of the Tar Heels, talk radio, and hot sauce. A follower of Christ, he met his cancer diagnosis with courage, confident in the hope of the resurrection. The funeral service will be held Saturday, September 11, 2021 at 3 PM, at Calvary Church, 1051 Landis Valley Road, Lancaster, PA. Friends may visit with the family at The Groffs Family Funeral Home, 528 W. Orange Street, Lancaster, PA on Friday evening, September 10, 2021 from 6-8 PM, and at Calvary Church on Saturday afternoon starting at 1 PM. In lieu of flowers, memorial contributions may be made to Hospice & Community Care of Lancaster: www.hospiceconnect.org/memorial. You may follow the funeral service at the livestream link: https://www.calvarychurch.org/more/event-live-stream/

The family of David William Jackson created this Life Tributes page to make it easy to share your memories.

Send flowers to the Jackson family.