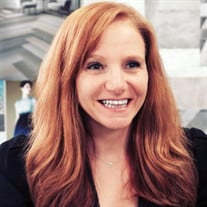 Di Anna Lynn Borders was born July 9, 1971, in Portsmouth, Ohio, and passed away at the age of 50 on St. Patrick's Day, March 17, 2022, after a long battle with breast cancer. She is survived by her husband, Dr. Garen Evans, whom she married some 12 years ago on July 25, 2009; her dog, Stella, who she rescued on the streets of Gulfport, Mississippi; and Matilda, a calico cat who was also a rescue. She is survived by her sister, Mary Borders, and a niece, Lisa Hall, as well as her adopted parents, Tom and Judy Carol Herrington, and her old friend, Doug Stringfellow. Among her friends, her closest allies were the flamingos of Chevy Chase: Michelle Goodwin, Elizabeth Norcross, and Gwen Frothingham. An important part of her personal life was spent on the bicycle. She won numerous competitions as a mountain bike racer, and later enjoyed recreational road cycling for years with friends from all over the world, including Crystal Boudreaux, John Luthe, Mary Hetrick, Peter Messer, and many others. When her health was compromised by cancer, she still rode using an electric bike with friends from the Lancaster Bicycle Club. She was also a passionate animal lover and rescued many dogs and cats throughout her life. Di Anna graduated from Columbia College, Chicago with a Bachelor of Arts degree in 1996. In work, as in her personal life, Di Anna was a force with which to be reckoned, and a proven leader as Vice President of Design at Armstrong Flooring. Good design was her passion, her mission, and she approached it with eyes wide open. She won dozens of design awards including three Best of Neocon Gold, the most prestigious and competitive achievement in the industry. As a team leader, her colleagues knew her as fiercely competitive, but also kind, fair, and inclusive. She was approachable and generous with her time. In lieu of any flowers or other gifts, Di Anna would have you please support your local animal shelter, such as Pet Pantry of Lancaster, 26 Millersville Road, Lancaster, PA 17603 or the ASPCA, 848 S. Prince Street, Lancaster, PA 17603. Private services will be held at the convenience of the family.

Di Anna Lynn Borders was born July 9, 1971, in Portsmouth, Ohio, and passed away at the age of 50 on St. Patrick's Day, March 17, 2022, after a long battle with breast cancer. She is survived by her husband, Dr. Garen Evans, whom she married... View Obituary & Service Information

The family of Di Anna Lynn Borders created this Life Tributes page to make it easy to share your memories.

Send flowers to the Borders family.