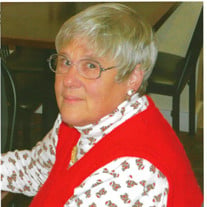 Dorothy “Dottie” C. Wissler, 83, of Mountville, PA, passed on Saturday, November 20, 2021. Born in Lancaster, PA, she was the daughter of the late Beulah (Frybarger) and John Edgar Chandler. Dottie graduated from J.P. McCaskey High School, Class of 1956; she went on to Lancaster General Hospital School of Nursing and earned her R.N. in 1959. Dottie was a 50-year member of the D.A.R. aka “Daughters of the American Revolution”. She was the past Chaplain of the Donegal Witness Tree Chapter of the D.A.R. Dottie was actively involved with the Lower Susquehanna Synod Women’s Organization, a part of the Women’s Evangelical Lutheran Church of America. Dottie was a member of the Red Hat Society, the Early Bird Bowling Team, and the Weight Watchers Tops Club #780. She worked for Alumax for many years. Dottie was a former secretary of the “Alumax/Alcoa Retirees Group”. She was an active member of St. John Lutheran Church, Lancaster serving as a member of the Church Council. She volunteered during the summertime at Camp Nawakwa as the camp nurse. Dottie is survived by her husband, Melvin Jere Wissler for 62 years; her two sons, Michael J. Wissler and William C. Wissler (Hope); her daughter, Tammy J. Leaman (Michael); her three grandchildren, Ryan, William and Austin; her two great-grandchildren, Mariah and McKenna. She was preceded in death by her two brothers, Jack and Richard Chandler. A Memorial Service will be held on Saturday, January 15, 2022, at 11:00 a.m. at St. John Lutheran Church, 223 W. Orange Street, Lancaster, PA 17603. In lieu of flowers, please make donations to the Lutheran Camping Corporation of Central PA, 1033 Nawakwa Road, Biglerville, PA 17303.

The family of Dorothy "Dottie" C. Wissler created this Life Tributes page to make it easy to share your memories.

Send flowers to the Wissler family.