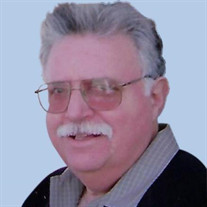 Earl Alan Kosowsky, 73, died peacefully in his home with his family by his side on Tuesday, September 8, 2020. He was born and raised in Waterbury, CT, to the late Robert and Lee (Winikoff) Kosowsky. Earl was a devoted and compassionate husband to his wife Nancy E. (Shapiro) Kosowsky for 50 years. Earl attended college at Fairleigh Dickinson University and Dickinson School of Law in Carlisle, PA. He had a varied professional career as both in-house counsel and an entrepreneur. Earl was enormously proud of his Jewish heritage and values. He was very active in the Jewish Community Center, where he served as President. At Congregation Shaarai Shomayim, he was instrumental in revitalizing the Temple Brotherhood and oversaw, as project manager, the addition to the Temple that doubled the size of the religious school and social hall. He gave freely to Jewish organizations. In addition to his beloved wife Nancy, Earl was a loving father to his sons, Adam E. Kosowsky of Lititz and David E. Kosowsky of Lancaster, husband of Brianna Scott. He is also survived by his sister, Ronna Kravitz and adored by his many nieces and nephews. The family extends loving thanks to Carmen, who cared for Earl the last 18 months with love and tenderness and whom Earl adored. A private Graveside service will be held at Shaarai Shomayim Cemetery with Rabbi’s David Sofian and Jack Paskoff officiating. Earl’s wit, character and charm was unsurpassed; always with a quip, joke or pun, he was generous and giving to a fault, striving to make everyone around him comfortable. If you didn’t know him during his life as friend or family, know him by his good works. In lieu of flowers, please make a memorial donation to Parkinson’s Foundation, 200 SE 1st Street, Suite 800, Miami, FL 33131, Jewish Family Service of Lancaster, 75 East James Street, Lancaster, PA 17602 or the U.S. Holocaust Memorial Museum, 100 Raoul Wallenberg Place SW, Washington, DC 20024-2126.

Earl Alan Kosowsky, 73, died peacefully in his home with his family by his side on Tuesday, September 8, 2020. He was born and raised in Waterbury, CT, to the late Robert and Lee (Winikoff) Kosowsky. Earl was a devoted and compassionate husband... View Obituary & Service Information

The family of Earl Alan Kosowsky created this Life Tributes page to make it easy to share your memories.

Earl Alan Kosowsky, 73, died peacefully in his home with his...

Send flowers to the Kosowsky family.