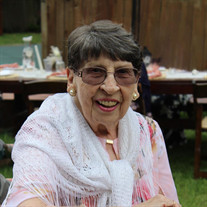 Georganna “Georgi” Ruth Galen, 81, of Lancaster, PA, passed away on Tuesday, June 29, 2021. Born in Lancaster, PA she was the daughter of the late George Franklin and Mary (Ziegler) Tomlinson. Georgi was a graduate of Lancaster Catholic High School, class of 1957. Georgi worked at the School District of Lancaster as a secretary for 33 years. During her employment she became a member of “AFSCME” American Federation of State, County and Municipal Employees. She served in officer positions for state and local levels of “AFSCME.” Georgi was particularly proud of receiving an award from Governor Tom Wolf for the Pennsylvania Voter Hall of Fame. She was a longtime member of Covenant United Methodist Church where she loved singing in the church choir and served on various committees. Georgi retired in 2002; she and her husband Dick traveled extensively for 12 years to Alaska, Malta, Italy, Hawaii, the Outer Banks, and numerous locations with fond memories. During free time, she enjoyed gardening, going to auctions, spending time with her family and friends, baking, and feeding the birds, squirrels, and goats. She is survived by her loving husband with whom she shared 62 years of marriage, Richard J. Galen; three daughters, Lori A. Fuchs (Steve), Sharon L. Snyder, and Denise M. Galen; her five grandchildren, Sarah, Casey (Wallace), Leah (Jack), Parker, and Trevor; one great granddaughter, Zoe; her two brothers-in-law, Henry L. Galen, Jr. (Dee Dee), and Robert E. Galen. Georgi was preceded in death by her brother Charles “Skip” Tomlinson, her sister-in-law Janet E. Galen, her son-in-law Dale A. Snyder, and her great grandson Noah C. Lazo. In lieu of flowers, please make donations to the “Noah” Fund at Covenant United Methodist Church. A Memorial Service will be held at 11:00 a.m. on Friday, July 9, 2021, at Covenant United Methodist Church, 110 N. Mulberry St., Lancaster, PA. Friends may visit the family starting at 10:00 a.m. at the Church. Burial will be private.

Georganna &#8220;Georgi&#8221; Ruth Galen, 81, of Lancaster, PA, passed away on Tuesday, June 29, 2021. Born in Lancaster, PA she was the daughter of the late George Franklin and Mary (Ziegler) Tomlinson. Georgi was a graduate of Lancaster... View Obituary & Service Information

The family of Georganna Ruth Galen created this Life Tributes page to make it easy to share your memories.

Send flowers to the Galen family.