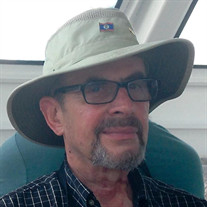 George M. Rosenstein, Jr., 84, born in Philadelphia, PA and a resident of Homestead Village, Lancaster, passed away on Wednesday, July 21, 2021, from complications resulting from a brain injury. He was the son of George and Mildred (Meyer) Rosenstein, who preceded him in death. He is survived by his wife of 61 years, Harriet, his daughter Beth (Brian) Cole, his grandson Graham Cole, his sister Ann (Robert) Neuman, sister-in-law Jean (Robert) Phay, and his nieces and nephews John Phay, Rob Phay, Marni Pearce, and Cheryl Meltzer, as well as many cousins and a multitude of friends. George graduated from Central High School in Philadelphia and Oberlin College. He earned a master’s and PhD in mathematics from Duke University. He taught at Western Reserve University before moving to Franklin and Marshall College in the fall of 1967, where he taught until his retirement in 2002. During his time at F&M he served several times as the chair of the mathematics department, chaired and served on many committees, and served as interim dean of the college. He was beloved by many students and received the Linback Distinguished Teaching Award in 1993. George enjoyed sabbaticals at the University of Pittsburgh, the Smithsonian Institution, the United States Military Academy, and Cambridge University. His research on the history of the teaching of calculus led him to co-author a textbook, “Discovering Calculus,” an attempt to spur reform in the teaching of calculus. He was very active in the Advanced Placement program, starting as a reader for calculus exams and eventually serving as Chief Reader. An active volunteer in Lancaster, George served on the city planning commission and volunteered with Planned Parenthood and the Literacy Council. He was a member of the Shaarai Shomayim congregation, where he participated in the Torah study group and served on the endowment committee. George and Harriet loved to travel and visited all but one continent, many several times. He enjoyed spirited intellectual discussions and never met a party he didn’t like. He was a life-long Phillies fan. One of his most recent pleasures was vicariously following his grandson Graham’s college search, pointing out who he knew at each college under consideration. A Memorial Service will be held on Monday, August 16, 2021 at 2:00 p.m. at The Bachman Center at Homestead Village, 633 Community Way, Lancaster, PA 17603. Friends are welcome to visit with the family after the service at 3:00 p.m. Burial will be private. Please use the following Tribucast link to view the service. https://client.tribucast.com/tcid/8300763877 In lieu of flowers, donations can be made to Franklin and Marshall College or Congregation Shaarai Shomayim.

George M. Rosenstein, Jr., 84, born in Philadelphia, PA and a resident of Homestead Village, Lancaster, passed away on Wednesday, July 21, 2021, from complications resulting from a brain injury. He was the son of George and Mildred (Meyer) Rosenstein,... View Obituary & Service Information

The family of George M. Rosenstein Jr. created this Life Tributes page to make it easy to share your memories.

Send flowers to the Rosenstein family.