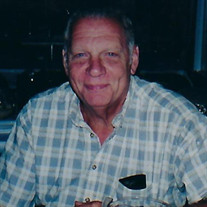 Gerald V. Dunkle (Dunk), age 87 of Strasburg, Pa passed unexpectedly on Friday, January 21, 2022 after a long, fulfilling, and loving life with his wife, Doris (Buffenmyer), of 65 years. He was the son of the late Gerald Victor Dunkle, Sr. and Lottie Mae Dunkle (Ressler). He was born in Lancaster and raised in Holtwood, PA. He was a 1953 graduate of Penn Manor High School, a 1957 graduate of Millersville University, and received a Master’s degree in Education from University of Delaware. Dunk began his career in education as a teacher at Penn Manor before becoming an assistant principal at McCaskey High School. He later served as principal of Lincoln Jr. High until his retirement. Dunk was a gregarious socializer; he found himself a welcomed member of many social clubs including the Slumbering Groundhog Lodge, the Tucquan Club, Pirates, Amvets, Sportmans, VFWs, and every other club in both Lancaster and Cumberland County. One of his many dear friends noted that, “Dunk was the epitome of how to grow old gracefully.” Beyond his family and his clubs, the Susquehanna River was his solace, but to all who knew him, he was much more than this. He is survived by three beautiful daughters: Vicki, wife of Dan Edwards, Vonni, wife of Jesse Edwards, and Valeri Shaver. He is also survived by his five granddaughters: Chelsi, wife of Ryan Proffitt, Kristi, wife of Matthew Herbener, Mckenna, partner of Wyatt Fabian, Morgan, partner of Quinn Peterson, and Kayli Shaver. Additionally, he is survived by two brothers, Stanley Dunkle of Florida, Brian Dunkle, husband of Jackie Trimble of Lancaster and two nephews, Brent and Devin. Dunk is preceded in death by his sisters, Jeanne and Yvonne Dunkle. Family and friends are invited to a celebration of Dunk’s life on Saturday, May 28, 2022, at 2:30 p.m. with Groundhog Defender of the Faith, Stu Mylin, officiating at the Mc Kendree United Methodist Church in Airville, PA. Family will receive guests beginning at 1:30 p.m. until the time of service. Following a reception will be held by the family at the Tucquan club in Airville, PA. Historically the address for the clubhouse has been 1045 Furnace Road. That is actually the address of the caretaker’s house. Because of the confusion that could be created in the event of an emergency, we have obtained the correct address for the clubhouse, so the new and correct address is: 1054 Furnace Road Airville PA 17302 The family strongly requests that no flowers be sent, but rather a donation be made to your favorite charity in Gerald V. Dunkle’s name.

Gerald V. Dunkle (Dunk), age 87 of Strasburg, Pa passed unexpectedly on Friday, January 21, 2022 after a long, fulfilling, and loving life with his wife, Doris (Buffenmyer), of 65 years. He was the son of the late Gerald Victor Dunkle, Sr. and... View Obituary & Service Information

The family of Gerald V. "Dunk" Dunkle created this Life Tributes page to make it easy to share your memories.

Customized sympathy cards. Mailed for you.