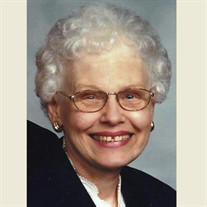 Jacqueline “Jackie” West Foote passed away into the loving arms of Jesus on July 17, 2020 as a result of bone marrow cancer. She was lovingly tended to at home by her husband of 68 years, Sherman “Sherm” Foote and 4 very close friends that were dear to her as well as Hospice at Home that also were a great comfort. Although she made light of it, she traced her ancestry back to around 600 A.D. on the West side. A Francis West owned one of the three ships that landed in Jamestown, VA in 1607 and the leader of the little colony was a Robert West titled Lord de la Warr, Francis’ brother. She was born in Beverly, Mass on June 11, 1932 to Boyd Roscoe West and Effie Loranie Coolen, who predeceased her. She had three children; one lost at birth in 1958. She and her husband adopted a baby boy, Jeffrey C. Foote and a baby girl, Deborah Fay Foote McClucas. Jeffrey was killed on a Lemon Street sidewalk in 2002. Her daughter and husband survive her. She also had a younger brother, Robert B. West who predeceased her. Jackie attended Nashua Business College and worked as an accountant at Nashua Corporation until she married Sherman after which she waited while he served in the US Army Signal Corp in Germany 1952-54. Later she came to Lancaster PA, where her husband worked for Armstrong and she worked at LNP as an accountant until the adoptions occurred. Jackie always had the brightest and happiest smile for everyone and she took two teenagers to England for 4 years and Canada for 3 years. No easy task but she handled it with grace. She loved to entertain and her parties were special in both countries. All during her marriage she and her husband loved to dance Eastern and Western style square dancing and then after retiring took up Round dancing and Ballroom dancing all over the country with their RV. They then bought a place in Arizona where they danced most everyday of the week during the winter months. She danced in every state of the union except Alaska and Hawaii and also in most Canadian provinces. For 16 years, she was Treasurer with her husband for the Universal Round Dance Council; an international dance association. Jackie was a strong woman rarely sick, but she had both knees replaced and both hips replaced. She came through with flying colors and they continued to dance up until her mid -eighties. She loved her home and kept it spotless and she and her husband remained lovers and friends throughout their lives. She met her husband to be at Milford High School in 1947 in New Hampshire at a school dance and that was it. They danced their lives away and met many wonderful friends along the way. She has a cousin in California and a niece and nephew in Texas and a cousin in Vancouver Island. There will be no services because the COVID-19 and her and her husband’s future ashes will be interred together at Riverside Cemetery in Milford, NH at a later date. Please no flowers. If you would like to make a donation in Jackie’s name, please consider Hospice at Home or any caregiver organization you wish.

The family of Jacqueline West Foote created this Life Tributes page to make it easy to share your memories.

Jacqueline “Jackie” West Foote passed away into the loving arms...