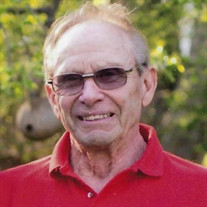 John Samuel Davidson, 91, of Lancaster, PA passed away on Saturday, September 4, 2021. Born in Lancaster, PA, he was the son of the late David J.J. and Evelyn (Pioso) Davidson. He attended Pennington Preparatory School in New Jersey. John honorably served his country in the United States Marine Corps during the Korean War. After the war, he joined the family business and eventually became the co-owner of Davidson Shoe Corporation. He will be lovingly missed by his wife of 68 years, Marilyn Davidson; his daughter, Diane Alwine, wife of James, his son, John Davidson, husband of Patricia Peifer; and his three grandchildren. John was preceded in death by his brother, David “Jim” J.J. Davidson, Jr. He was an active member of the Lancaster County Detachment of the Marine Corps League. A Funeral Service will be held at The Groffs Family Funeral Home, 528 W. Orange Street, Lancaster, PA 17603 on Friday, September 10, 2021 at 11:00 a.m. The family will receive friends from 10:00 a.m. until the time of service. Interment will follow at Conestoga Memorial Park, 95 2nd Lock Road, Lancaster, PA. In lieu of flowers, please make donations to the Lancaster County Detachment of the Marine Corps League, P.O. Box 227, Columbia, PA 17512.

The family of John Samuel Davidson created this Life Tributes page to make it easy to share your memories.

John Samuel Davidson, 91, of Lancaster, PA passed away on Saturday,...

Send flowers to the Davidson family.