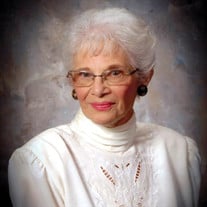 June Lee Pellis, 92, of Lancaster, PA passed away on Sunday, April 4, 2021. Born in Paterson, NJ, she was the daughter of the late Philip Schlenger and Roselyn (Frommer) Schlenger. June was a graduate of the American Academy of Dramatic Arts in New York, NY. Early in life, June acted and taught in Northern New Jersey and had the privilege of being represented by Lou Costello of the famous ‘Abbott and Costello’ comedy team as her agent. She was passionate about anything associated with the theater and acting. However, her greatest passion in life was her family. June was also as avid lover of all animals. While living in Northern Jersey, she was an active member of “ORT” (Organization for Rehabilitation through Training). For a number of years, she was the President of the local Wayne, NJ chapter. June also worked for the Larry Levine clothing company. Later in life, June moved to Lancaster, PA to be with her daughter and family where she became an active member of Coterie and a member of Congregation Shaarai Shomayim. She is survived by her three children, Thomas B. Pellis, Eric W. Pellis (Ginger), Lisa C. Miller (Larry), and her six grandchildren, Arielle, Hayley, Gregory, Michael, Jeffrey, and Allison. She is also survived by her brother, Richard B. Schlenger, nieces Robin and Andrea and nephews Charles and Howard. June was preceded in death by her first husband, Joseph Kaiman in 1954 and her second husband, Alvin Pellis in 2000. A Graveside Service will be held on Thursday, April 8, 2021 at 12:00 noon at Mount Nebo Cemetery, Totowa, NJ. Shiva will be observed on Saturday, April 10, 2021 starting at 7:00 p.m. at her daughter’s home (masks are required) and will also be available on Zoom. In lieu of flowers, please make donations to the Congregation Shaarai Shomayim fund of your choice or the American Heart Association.

June Lee Pellis, 92, of Lancaster, PA passed away on Sunday, April 4, 2021. Born in Paterson, NJ, she was the daughter of the late Philip Schlenger and Roselyn (Frommer) Schlenger. June was a graduate of the American Academy of Dramatic Arts... View Obituary & Service Information

The family of June Lee Pellis created this Life Tributes page to make it easy to share your memories.

Send flowers to the Pellis family.