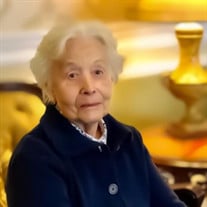 Marcia Kathryn Burgess Terwilleger, 88, of Willow Street, PA passed away on Friday, July 10, 2020. Born in Oak Hill, West Virginia, she was the daughter of the late Clyde A. and Marshie Honaker Burgess. Kathryn graduated with a Bachelor’s Degree in Education from Marshall University in Huntington, WV where she met her life partner and devoted husband George Terwilleger. She occasionally taught and was a substitute teacher but her main love in life was to raise their three boys and see to all the education and activities that kids did back then; attending sporting events, band competitions and even serving as Den Mother for the Cub Scouts. She was the true example of a modern-day mother of her era! In retirement, Kathryn and George moved from northern New Jersey, where they lived during George’s employment with Nabisco, to several places including Hendersonville, NC and Chapel Hill, NC before coming to live at the Willow Valley Communities in Lancaster, PA. Retirement days saw them traveling the country in their motorhome, taking cruises, visiting their children, being active in their local Presbyterian church life, and enjoying each other’s company. After years of battling Alzheimer’s disease, Kathryn is now at peace with the Lord she so loved and reunited with George and those loved ones who have preceded her death. Kathryn is survived by three children, Stephen (Marsha) Terwilleger of The Villages, FL, Alan (Carroll) Terwilleger of The Villages, FL, and David (Christine) Terwilleger of Southington, CT, along with her three grandchildren and two great-grandchildren. Kathryn was preceded in death by her husband, George Parker Terwilleger, her brother, Dr. Clyde A. Burgess and her sister-in-law, Christine Burgess. Funeral Services will be private with burial at the Willow Street Cemetery.

Marcia Kathryn Burgess Terwilleger, 88, of Willow Street, PA passed away on Friday, July 10, 2020. Born in Oak Hill, West Virginia, she was the daughter of the late Clyde A. and Marshie Honaker Burgess. Kathryn graduated with a Bachelor&#8217;s... View Obituary & Service Information

The family of Marcia Kathryn Burgess Terwilleger created this Life Tributes page to make it easy to share your memories.

Send flowers to the Terwilleger family.