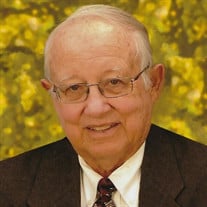 Marvin A. Cochran, age 79, of Lancaster passed away peacefully at Masonic Village on Tuesday, April 27, 2021. He was the son of the late Elwood G. Cochran and Thelma (Schwartz) Cochran. He was the husband of Barbara (Boxleitner) Cochran for almost 53 years. Although Marv was born in Lancaster, he spent most of his childhood in Cleveland where he became an avid Browns and Indians fan. He carried this loyalty throughout the rest of his life. In 1956, Marv returned to Lancaster and attended Manheim Township High School where he played football for 3 years. In 1959, he enrolled at Lycoming College in Williamsport. He majored in History and minored in Biology. He was a member of Theta Chi Fraternity, serving as treasurer his senior year. He was a participant in Spanish Club, Democratic Club, and student forums held in Harrisburg. He graduated in 1963 with a Bachelor of Arts degree. During his college summers, he worked at WGAL-TV Channel 8 helping to put slides, films, and tapes on the air. He also ran cameras and did editing. Marv greatly enjoyed playing on the Channel 8 softball team. In 1963, Marv enrolled in Case Western Reserve University in Cleveland and earned his Masters degree in Secondary Education. In 1965, he joined the U.S. Peace Corps and was assigned to a training for educational television. Before leaving, he worked again at WGAL where he met his future wife, Barbara. While in Jamaica, Marv worked in the Literary Section of the Social Welfare Commission of the Jamaican Government. He created teaching materials for television and participated in surveys conducted by United Nations Organizations. He also organized youth group activities and participated in a Jamaican baseball league. Marv also toured several countries in Mexico and South America. In 1967, Marv began teaching social studies at Hempfield High School. He was student council advisor for 30 years and was a successful Head Coach for boys track while serving as a coach for the junior high football team. He was a member of PSEA, HEA, and the Lancaster-Lebanon Social Studies Council. In retirement, Marv worked as a driver and lane captain for Garden Spot Auto Auction in Ephrata. He was also President and Treasurer of the Central PA Chapter of the Muscular Dystrophy Association as well as co-chairman of the annual MDA telethon at Park City for several years. Marvin is a member of the Ephrata Lodge of Free and Accepted Masons. He is a member of the Ancient and Accepted Scottish Rite, Valley of Harrisburg, being a 32nd degree Mason. He is also a member of the Zembo Shrine in Harrisburg. His favorite pastimes were traveling with his family, visiting historical sites, collecting Lionel trains and researching family history. He also enjoyed working outdoors, planting flowers and vegetables in his garden. He was also a member of the Mennonite Historical Society, LancasterHistory.org, and Train Collectors Association. Marvin loved watching his granddaughters dance, play soccer and perform on stage. Surviving in addition to his wife, Barbara, are a daughter, April Colarelli, wife of Michael, and two granddaughters, Allison and Ava Colarelli. He is also survived by a brother, David, husband of Dorinda and two nephews, Kyle and Troy Cochran. He was predeceased by his son, Shawn in 2012. Funeral Services will be held on Tuesday, May 4, 2021 at 11:00 a.m. at The Groffs Family Funeral Home, 528 W. Orange Street, Lancaster, PA. The family will receive visitors from 10:00 to 11:00 a.m., followed by the burial at Conestoga Memorial Park. In lieu of flowers, please send contributions in Marvin's memory to: Make-A-Wish Philadelphia, Delaware and Susquehanna Valley, 1054 New Holland Avenue, Lancaster, PA 17601.

Marvin A. Cochran, age 79, of Lancaster passed away peacefully at Masonic Village on Tuesday, April 27, 2021. He was the son of the late Elwood G. Cochran and Thelma (Schwartz) Cochran. He was the husband of Barbara (Boxleitner) Cochran for... View Obituary & Service Information

The family of Marvin A. Cochran created this Life Tributes page to make it easy to share your memories.

Marvin A. Cochran, age 79, of Lancaster passed away peacefully...

Send flowers to the Cochran family.