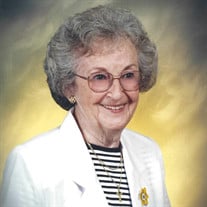 Mildred E. “Jo” Zwally, 101, of Lancaster, PA passed away peacefully at Calvary Homes on Friday, November 12, 2021. Born in Myerstown, PA, she was the widow of James E. Zwally and the daughter of the late Edwin H. and Margaret Sarah Christ Smith. Mildred has resided in Lancaster County since 1949. She graduated from West Chester University with a Bachelor of Science degree and was a graduate student at Millersville University. Her career in teaching for 25 years included Bethel Township in Music for two years, a Music Supervisor at Richardson Park Junior High School in Wilmington, DE for two years, reading at Hempfield Junior High School and English at the Manheim Township Middle School for 20 years, retiring in 1982. She volunteered in the libraries of the Manheim Township School District from 1982 – 2015. She was a very active member at St. Matthew Lutheran Church. She was a member of the Pennsylvania Association of School Retirees, American Association of University Women, Eastern Star, Lancaster Chapter 501 O.E.S., and the Alta Shrine # 38. She and her husband founded the former MusiComedy Guild whose performances were done at the Fulton Opera House and Millersville University. Jo was an avid Philadelphia Phillies fan and during the pandemic she had a “cut out” displayed at the games. Once they were removed, her grandson took photos with her at the stadium where she enjoyed a “Moms” day at the park with a stadium tour. She is lovingly survived by her daughters, Nancy Z., wife of Phillip W. Mock, Ponte Vedra Beach, FL; Cathy A., wife of James E. Stephens, Ephrata, PA; and Jamie L. Zwally, wife of Kevin J. Eby, Windsor, PA; a brother, Lee C., husband of Mary Smith, Myerstown, PA; seven grandchildren and 13 great grandchildren. She was preceded in death by her sister, Grace Kajtar. A private family service was held and the family requested memorial contributions be sent to Jo Zwally Memorial Fund, Manheim Township School District Education Foundation, 450A Candlewyck Road, Lancaster, PA 17601 to benefit music programming in the school district.

Mildred E. &#8220;Jo&#8221; Zwally, 101, of Lancaster, PA passed away peacefully at Calvary Homes on Friday, November 12, 2021. Born in Myerstown, PA, she was the widow of James E. Zwally and the daughter of the late Edwin H. and Margaret Sarah... View Obituary & Service Information

The family of Mildred "Jo" E. Zwally created this Life Tributes page to make it easy to share your memories.

Send flowers to the Zwally family.