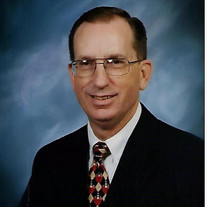 Norman Parkes Grinager, 78, of Millersville, PA, passed away on Wednesday, December 8, 2021, from a brief, but hard-fought battle with cancer. Born in Abilene, TX, he was the son of the late Norman Lars Grinager and Mary Elizabeth (Millington) Grinager Adams. Norman graduated from Liberty High School in Bethlehem, PA. He married his high school sweetheart Diane (Hanzelman) Grinager on July 31, 1965. It was a great love that lasted 56 years. Norman entered the United States Navy in 1962 and proudly served on the U.S.S. Columbus CG12 in the far east, earning an Armed Services Expeditionary Medal. After returning home, he earned his BA in Psychology from Millersville University, and his MA in Public Administration from Penn State University. Norman worked for the city of Lancaster for over 40 years in administration as Director of Community Development and Block Grant Programs. He was the director of the Lancaster S.E. Health Center at its inception. He was a member of the Lancaster Library Board, the Human Resources Commission, and the Lancaster County Art Association. Norman was a talented artist and did many commissioned paintings, most notably the poster for the MS Society Fundraiser, and the Sights of Lancaster County Rotary Club. His painting of the U.S.S. Lancaster resides in the permanent collection in City Hall. He was an avid runner, completing 73 road races, 8 marathons, 13 duathlons, 2 triathlons, and 6 cycling events. Norman’s number one priority in life was his family. He was a devoted husband and proud father, grandpa, and paw paw. In addition to his wife, he is survived by his daughters, Melissa Schaefer (Luis Diaz), Ashley Zook (Andrew), grandchildren: Allison, Justin, Matthew, Lisa, Josh, and Kate, sister, MaryAnna Schlicher, and brother, Daniel Grinager. He was preceded in death by his stepparents, Milton Adams and Leonore Richardson Grinager, twin sisters, Gwendolyn and Pamela Grinager and sister, Barbara Hellstrom. Relatives and friends are invited to a Funeral Service on Thursday, December 16, 2021, at 6:00 p.m. at The Groffs Family Funeral Home, 528 W. Orange Street, Lancaster, PA with military funeral honors. A viewing will be held from 5:00 p.m. until the time of service. To view the livestream of the service, please use the following link: https://client.tribucast.com/tcid/9075895963 Interment will be held privately by family.

Norman Parkes Grinager, 78, of Millersville, PA, passed away on Wednesday, December 8, 2021, from a brief, but hard-fought battle with cancer. Born in Abilene, TX, he was the son of the late Norman Lars Grinager and Mary Elizabeth (Millington)... View Obituary & Service Information

The family of Norman Parkes Grinager created this Life Tributes page to make it easy to share your memories.

Send flowers to the Grinager family.