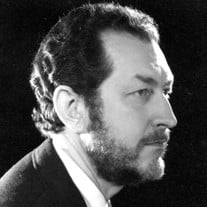 Rev. Dr. Paul E. Irion, 98, of Willow Valley Communities, formerly of Kready Avenue, Millersville, PA, passed away peacefully on February 7, 2021. Born in Akron, Ohio on July 15, 1922, he was the son of the late Rev. Ernst and Elsie Schergens Irion and the husband of the late Mary Jean McElfresh Irion, who passed away in October 2019. Growing up in Elyria, Ohio, he met Mary Jean in high school and they were married on August 29, 1944. He was a graduate of Elmhurst College in Illinois, Eden Theological Seminary in St. Louis, and the University of Chicago Divinity School. He did post graduate study at Oxford and Cambridge Universities. Ordained into the ministry of the United Church of Christ in 1945, he served as Pastor of Bethany United Church of Christ in Tioga, Illinois, and Long Grove Community Church in suburban Chicago. He was the first chaplain of Deaconess Hospital in St. Louis. For 27 years, Paul taught Pastoral Theology at Lancaster Theological Seminary, retiring in 1987. Paul specialized in the study of death, bereavement and grief, lecturing widely in seminaries and colleges across the country. His six books and numerous articles in the field of bereavement and grief focused on the ritual responses to loss, the theological, psychological, and social ways in which communities deal with death. He recently published an avocational novel about 19th century immigrants. Paul was honored by the Association for Death Education and Counseling for his pioneering work in that area, having published his first book on the subject in 1954. Elmhurst College gave him the Alumni Merit Award, and he was honored by the National Center for Death Education as a Distinguished Contributor to the Field of Dying and Bereavement. In addition to serving on various councils of the United Church of Christ, Paul had been President of the Board of Family and Children’s Service in Lancaster and served on the Board of The Samaritan Center. Paul’s work with hospice was particularly meaningful to him, and was founding president of Hospice of Lancaster County (now Hospice and Community Care). An advocate for social justice and civil rights, Paul participated in the 1963 March on Washington, and two years later, the Selma to Montgomery march for voting rights. In Lancaster, he served on the city’s first Human Relations Committee and Fair Housing Committee. Mary Jean and Paul spent summers with their family at their home at Chautauqua Institution, a cultural and educational center in New York State, where Paul served on the Board and as Chairperson. Interment will take place at Chautauqua Cemetery. Paul will be lovingly missed by his son, Mark (Elizabeth); three grandchildren, Marc (Melissa), Michael, and Melissa Markley (Christopher Pratt); four great-grandchildren Stephen, Christopher, Mila and Henry; and two great-great grandchildren, Jack and Evangeline. He is preceded in death by his daughter, Lisa, and sister, Ruth. A private service will be live streamed from the Lancaster Theological Seminary on April 28, 2021, with Rev. Kathryn L. Kuhn and Loyde Hartley officiating. Please use the following Tribucast link to view the service: https://client.tribucast.com/tcid/99467190 The Order of Service can be found in the "photos & videos" tab marked "Order of Service Bulletin". Memorial contributions may be made in Paul’s name to the Lancaster Theological Seminary https://www.lancasterseminary.edu/give/ways-to-give/ or to Hospice and Community Care https://www.hospiceconnect.org/give in Lancaster, PA.