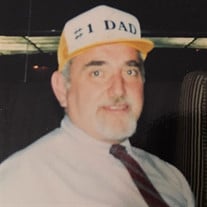 Philip Starr, born June 28, 1935 in Brooklyn, NY and a resident of Homestead Village, Lancaster, died on Saturday, June 19, 2021. He was the son of William and Martha Starr who taught him sign language as his first language since they were both deaf. His parents, brother, Irving Starr, and sister, Susan Greenberg, preceded him in death. He is survived by his wife, Rhea, and three children, Sonya, Michael, and Aviva; three daughters-in-law, Ilyse Kramer, Barbara Starr, and Sherry Samuels; and seven grandchildren: Luigi, Victor, and Rodney Starr-Kramer; Sara and Wendy Starr, Shifra Afik (Gal Afik); and Miriam Sage Starr Samuels. Phil graduated from Jefferson High School, Brooklyn, New York and Brooklyn College. He earned his master’s degree in Social Work at Western Reserve University in 1959. He was a social worker in Cleveland, Ohio before becoming Assistant Director of Social Work Research at Family Services of Connecticut. In 1974, he became the Director of Social Services at the Lancaster Cleft Palate Clinic. After nine years in that position, he became Executive Director of SouthEast Lancaster Health Center (now Union Community Care). He then became Director of Jewish Family Services before retiring. Phil co-authored 5 books and numerous professional articles. Phil and Rhea, proud of their Jewish heritage, were members of Temple Beth El. Later, they joined Congregation Shaarai Shomayim. Phil served on the Boards of Directors of both Temples. Phil also was on the Board of Directors of Jewish Family Services. In 2018, at the age of 83, he celebrated his second Bar Mitzvah. For many years, he delivered food for the Central Pennsylvania Food Bank, which he helped found. He was a lifelong fan of the Brooklyn Dodgers (not to be confused with the LA Dodgers), and a lifelong proud liberal Democrat. He considered Rabbi Abraham Joshua Heschel and Pete Seeger as his role models. Phil was elected to the Lancaster School Board. And twice served as a delegate to the National Democratic Convention. Among his many honors, Phil was named Social Worker of the Year by both the Connecticut and Pennsylvania National Associations of Social Workers. He also received the Crispus Attucks Essence of Humanity Awardee by the Community Action Program; Dr. Harry C. Robinson Senior Humanitarian Award; NAACP Adult Service Award; JFS of Lancaster Award for 50 years of commitment to the community; Congregant of the Year by Congregation Shaarai Shomayim; Andy Yerman Award of the Men’s Club of Shaarai Shomayim. In lieu of flowers, donations can be made to Union Community Care, Central PA Food Bank, Jewish Family Services of Lancaster or Congregation Shaarai Shomayim. Relatives and friends are invited to attend Phil’s Funeral Service at Congregation Shaarai Shomayim, 75 E. James Street, Lancaster, PA 17603 on Wednesday, June 23, 2021 at 10:00 a.m. with Rabbi Jack Paskoff officiating. Interment to follow at Congregation Shaarai Shomayim Cemetery. For those who cannot attend in person, please attend by zoom: https://us02web.zoom.us/j/85219673867?pwd=RnJETGs1SGZLR0FXaVBub0hNRDJvUT09 Meeting ID: 852 1967 3867 Passcode: Shaarai75. 1(312) 626-6799. New Jersey Saturday—Gathering from 7-9, service at 7:30 Sunday—Visitation from 1-4, gathering from 7-9, service at 7:30 Lancaster Wednesday from 6:30-9 with service at 7 Thursday and Sunday--visitation from 1-4 in apartment 130, Shiva from 6:30-9, service at 7 Monday--Visitation from 1-4, Shiva from 7:00-9, service at 7:30. Shiva is at 1800 Village Circle, Homestead. Wednesday and Thursday in the Glassford Room. Sunday and Monday in the Chapel.

Philip Starr, born June 28, 1935 in Brooklyn, NY and a resident of Homestead Village, Lancaster, died on Saturday, June 19, 2021. He was the son of William and Martha Starr who taught him sign language as his first language since they were... View Obituary & Service Information

The family of Philip Starr created this Life Tributes page to make it easy to share your memories.