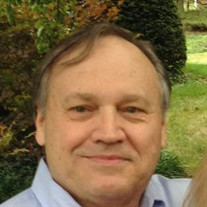 Richard Earl Lackey, 76, of Lancaster, PA, passed away on April 24, 2022 after suffering a heart attack while kayaking. Born in Lenoir, NC, Richard was the son of the late Pearl Cook Lackey and Earl Lee Lackey, a career US Navy Pilot. After joining the US Army in 1967, Richard served 25 years in the military, retiring as a Lieutenant Colonel. While in the military, he moved with his family to various posts in Maryland, Kentucky, Virginia, Germany, Kansas, and Ohio. He earned a Bachelor’s Degree in Chemical Engineering from the University of Maryland, a Master’s Degree from the US Air Force Institute of Technology, and completed the US Army Command and General Staff College. Richard excelled in many significant military and federal positions. These included the US Army Foreign Science Technology Center, the Defense Nuclear Agency, the Department of Energy, the Defense Intelligence Agency, the National Archives and Records Administration (NARA), and as a Special Assistant to the Under Secretary of Defense for Nuclear Affairs. Among Richard’s many meritorious achievements, awards, and decorations were the Legion of Merit, five Bronze Star Medals, four with Valor Devices due to his wartime service, National Defense Service Medal with Bronze Star, and a Meritorious Service Medal. He is survived by his fiancée, Carrie Ann Walker of Lancaster PA; former spouse, Carolyn Hellams Lackey of Charleston, SC; children Carla Anne (Lackey) Muller of Charleston, SC; Brian Lee Lackey (Allyson); grandchildren Austin Bazemore (Blanton), Sierra, Ethan, MacKenzie, and Kaitlyn Lackey of Richmond, VA; and siblings Patricia Lackey of Glen Burnie, MD; Bob Lackey (Sandi) of Murrells Inlet, SC; Peg Silverman (Buddy Quade) of Westminster, MD; and Ron Lackey (Karen) of Queen Creek, AZ. Richard loved his family and one of his greatest joys in life was spending time with his grandchildren and his Norwich Terrier, Ellie. He had a lifelong love for the water and especially enjoyed sailing and kayaking. If desired, memorials may be made in his memory to the Chesapeake Bay Foundation (http://chesapeake.cbf.org) or to the Society for the Prevention of Cruelty to Animals (SPCA). Groff’s Family Funeral and Cremation Services in Lancaster, PA is assisting the family. At Richard’s request, there will be no funeral or public memorial service.

Richard Earl Lackey, 76, of Lancaster, PA, passed away on April 24, 2022 after suffering a heart attack while kayaking. Born in Lenoir, NC, Richard was the son of the late Pearl Cook Lackey and Earl Lee Lackey, a career US Navy Pilot. After... View Obituary & Service Information

The family of Richard Earl Lackey created this Life Tributes page to make it easy to share your memories.

Richard Earl Lackey, 76, of Lancaster, PA, passed away on April...

Send flowers to the Lackey family.