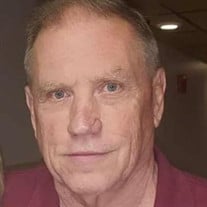 Richard Joseph Rothweiler, 72, of Lancaster, PA, passed away on Thursday, November 25, 2021. He was the son of the late Walter Joseph and Nancy Jane (Wasserott) Rothweiler. Richard graduated from Penn Manor High School in 1967. He worked for Flexsteel until entering the United States Army in 1970. He proudly served while stationed in Germany during the Vietnam War, earning a National Defense Service Medal. After his return home, he worked as a Claims Examiner for the Commonwealth of Pennsylvania Department of Labor and Industry in Unemployment Compensation for 30 years. Richard loved games and sports of all kinds. He was a member of the Lancaster County 8 Ball League, TAP, BCA, and entered and won many tournaments. Richard was president of the Riverside Camping Association for two years. He was in the Lancaster Rec. League for Fast Pitch Softball and was inducted into their Hall of Fame. His Hershey Equipment Softball team was the National Championship winner in 1978. He played darts and shuffle alley in the Lancaster Bar League. He loved golf and was a member of the One Left Too Soon Golf Group. He also enjoyed basketball, bowling, playing cards, Chess, and was an avid fan of horse racing. Richard was a smart man, with a quick wit. He was happy with life and will be greatly missed. Richard is survived by his son Daniel Charles Rothweiler, daughter Lisa Beth Rothweiler, brother Roger Jay Rothweiler (Nancy), sister Linda Jo Rothweiler, granddaughters Jasmine M. Rothweiler and Areli D. Rothweiler, great-grandson Jaxon K. Arndt, and his nieces and nephews Wendy J. Rhoads, William C. Rothweiler, Amy J. Rothweiler, Amanda L. Minchoff, and Derek T. Fryberger. In addition to his parents, he was preceded in death by his nephew R. Jay Rothweiler, Jr. In lieu of flowers, memorial contributions may be made to CASA of Lancaster County, 120 N Shippen St, Lancaster, PA 17602.

Richard Joseph Rothweiler, 72, of Lancaster, PA, passed away on Thursday, November 25, 2021. He was the son of the late Walter Joseph and Nancy Jane (Wasserott) Rothweiler. Richard graduated from Penn Manor High School in 1967. He worked for... View Obituary & Service Information

The family of Richard Joseph Rothweiler created this Life Tributes page to make it easy to share your memories.

Send flowers to the Rothweiler family.