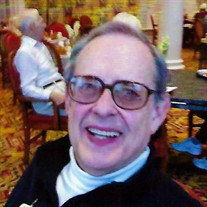 Ronald Hastings Curry of Willow Street, PA was born in Louisville, Kentucky on December 9, 1938. He was the son of the late James Seigle Curry and Mary Pauline Butler Curry. He graduated as valedictorian from Eastern High School in 1957 and attended Cornell University on a Cornell National Scholarship. He graduated with High Honors from Cornell University with master’s degrees in Chemical Engineering and Business. Being the son of a Methodist minister, Ron lived in many small towns in Kentucky before settling in Louisville. Ron played varsity football, basketball and golf in high school with a great group of guys who became his lifelong friends. Ron became an avid golfer, winning his first tournament at age 11. He was captain of his high school golf team, which won the State Championship, and also captain of Cornell’s golf team, which competed in the NCAA Golf Championship for three years. With a zero handicap, Ron went on to win several local and regional tournaments, including the National Jaycees Golf Championship. Ron served as the president of the Wilmington Jaycees and was a member of the Board of Directors. He was awarded Outstanding Delaware Jaycee. Ron’s winter hobby was chess. As a member of the Wilmington, DE Chess Club, Ron won the DE Championship. Over the years, he competed in many other national and international chess tournaments. Ron also wrote a chess book, Win at Chess, which received wide acclaim. He even invented a new chess opening that has been adopted by many players! Ron volunteered his time teaching chess to individuals and groups of all ages. He served as an officer in various chess clubs and was a qualified National Tournament Director. Ron began his career in the New Products Division of the DuPont Co. in Wilmington, DE. Later he moved on to become a Marketing Representative for IBM, finally rounding out his career as an independent consultant. When Ron retired, he chose to teach English as a Second Language for many years. Ron leaves behind his beloved wife of 64 years, Suzanne Curry; his daughter, Catherine Edge of Northeast Maryland; his grandson, Austin Edge; his brother, Richard Curry (Page) Louisville, KY; and his two nephews, Todd and Brent Curry. He was preceded in death by his son, David Hastings Curry. Private services will be held at the convenience of the family. In lieu of flowers, please make donations to Macular Degeneration Research, 22512 Gateway Center Drive, P.O. Box 1952, Clarksburg, MD 20871-1952.

Ronald Hastings Curry of Willow Street, PA was born in Louisville, Kentucky on December 9, 1938. He was the son of the late James Seigle Curry and Mary Pauline Butler Curry. He graduated as valedictorian from Eastern High School in 1957 and... View Obituary & Service Information

The family of Ronald Hastings Curry created this Life Tributes page to make it easy to share your memories.

Send flowers to the Curry family.