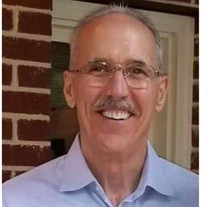 Stephen T. Musser, 73, died in the Great Smoky Mountains National Park on Friday, August 27, 2021. He died doing one of the things he loved the most, being outdoors surrounded by tall trees, mountains, and rippling streams. Steve was the first child and only son of Simon T. and Ethel Lowe Musser. He is survived by his wife, Deborah Musser. His first job as a young boy was sweeping the floor in the Charles Chips plant behind the family farmhouse; he ended his career there as President of Charles Chips. Steve remained in the food industry for his entire life. In 2007, he founded family-owned Dairy Direct, which supplies customers with premium quality dairy products from local farms with a range of butters, cheeses, yogurts, eggs, and other specialty items. The company has become one of the largest dairy operations in the Southeast. Steve was known by vendors and customers alike for his integrity, honesty and positive attitude. His goal for Dairy Direct was to be a light in the business community and for the employees to honor the Lord with everything they do and say. Steve had an adventurous spirit and was an outdoor enthusiast. As a teenager he had his pilot’s license, and he showed horses, hunted, swam, and skied with huge delight. He was calm, yet optimistic, kind-natured, and generous, and devoted to his faith in the Lord and to his family. His charismatic personality was a draw for all who crossed his path. In addition to his wife, Deborah, he is survived by his children, Monica and Douglas Henderson, Steve and Kim Musser, Matt and Whitney Musser, Ashley and David Marsh, Amy and Scott Barrett, and Sarah and Alan Parker, grandchildren, Hayes, Marshall, and Coulton Musser, Lauren, Jack, and Elizabeth Henderson, Walker and Hunter Musser, Korrigan, Pierce, and Rhett Marsh, Benjamin, Wesley, Elizabeth, and Matthew Barrett, and Will, Kate, and Luke Parker. Additional family members are Steve’s sisters, Stephanie Mahoney and Nita Sokolik and much-loved nieces and nephews, great-nieces and great-nephews. A Funeral Service will be held at Noon on Friday, September 3, 2021 at North Point Community Church, 4350 North Point Parkway, Alpharetta, GA. In lieu of flowers, memorials in Steve’s name may be made to Just One Africa www.justoneafrica.org or to Convoy of Hope www.convoyofhope.org.

Stephen T. Musser, 73, died in the Great Smoky Mountains National Park on Friday, August 27, 2021. He died doing one of the things he loved the most, being outdoors surrounded by tall trees, mountains, and rippling streams. Steve was the first... View Obituary & Service Information

The family of Stephen T. Musser created this Life Tributes page to make it easy to share your memories.

Send flowers to the Musser family.