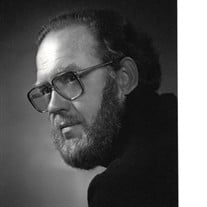 Thomas Gordon Wolfgang, Lititz, passed away on Saturday, April 2, 2022 at Moravian Manor, after a brief illness. He was born in Reading, PA on September 6, 1933, to the late Arthur M. and Ruth C. (Gordon) Wolfgang. He was a graduate of Muhlenberg Township High School and a 1955 graduate of Lebanon Valley College, where he majored in music education. Tom began his teaching career at Donegal High School, then taught for many years at Manheim Township where he conducted the high school chorus as well as several madrigal groups and directed many high school plays and musicals. In his early years, he was active with several local theater groups, including the Elizabethtown Little Theater, Mount Joy Lions Club, and the Lancaster Kiwanis Club, and was one of the founding members of the Lancaster Actors’ Company, with whom he performed several times on the Fulton stage. At Lebanon Valley College, Tom met Bettyjane (BJ) Swisher. They were married on June 5, 1954 and celebrated 67 wonderful years together this past June. Tom and BJ had a summer home outside of Kensington on Prince Edward Island for over 30 years, where they were active in their church and community. They traveled the world during retirement, visiting the entire United States as well as nearly 50 countries. They loved traveling and learning about other cultures and were always thinking about where to go next. Tom was a member of Covenant United Methodist Church for over 50 years, where he sang in the choir for most of that time. During retirement, he was an active volunteer for the Lancaster County Council of Churches, Love INC, LUMINA, Landis Homes, and Covenant’s homework program for students at Fulton School. He also taught the 55-Alive driving course for AAA for many years. Along with his wife, Tom is survived by his daughters Kim, wife of Ivan Wittel (Lancaster), and Heidi, wife of Steven Limbert (Lititz), as well as his son, Toby (Lititz). He is also survived by three granddaughters, Della Carr (Michael) of Lancaster, Carrie Olena (Bradley) of Lebanon, and Ivy Limbert of Kandern, Germany, one step-granddaughter Jaclyn Sultzbach (Bill), three step great-grandsons, and a sister, Marsha Noecker of Reading. In addition to his parents, he was predeceased by a daughter-in-law, Susan Mann Wolfgang. The family would like to express their deep gratitude to the nurses and staff of Moravian Manor who have cared for him during the last year. Their compassion and care were a blessing to him, and to all of us. Family and friends are invited to a Memorial Service for Tom on Wednesday, April 27, 2022 at Covenant United Methodist Church, 110 North Mulberry Street, Lancaster. Visitation will begin at 1:30 p.m., followed by the service at 2:30 p.m. Interment will be private, at the convenience of the family. A live stream will be available at 2:30 p.m. on Wednesday for the Memorial Service. Please click on the link to watch live. https://client.tribucast.com/tcid/1436626581 Contributions in Tom’s memory can be made to the Dolly Kepner Music Fund, Covenant United Methodist Church, 110 N. Mulberry Street, Lancaster PA 17603.

Thomas Gordon Wolfgang, Lititz, passed away on Saturday, April 2, 2022 at Moravian Manor, after a brief illness. He was born in Reading, PA on September 6, 1933, to the late Arthur M. and Ruth C. (Gordon) Wolfgang. He was a graduate of Muhlenberg... View Obituary & Service Information

The family of Thomas Gordon Wolfgang created this Life Tributes page to make it easy to share your memories.

Send flowers to the Wolfgang family.